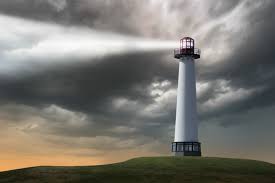 Whether we like it or not the general consensus is that the economic outlook for the rest of 2016 is looking bleak. And it seems that 2017 is not going to look any better.

You can be sure that your staff are feeling edgy – retrenchments is the big buzz word at the moment and every Board is having to account for its head count, often requiring that the CEO’s approval for any new appointments.

In an environment where people are squeezed you can expect the risk of white-collar crime to increase.

I like to give over experiences that I have with my clients where there are significant lessons to be learned.

So here is a strange but interesting account of fraud at a high level.

My client was the group financial manager reporting to the CFO. The company was a large manufacturing company with two huge factories, employing over 1,500 people.

The circumstances were rather odd in that, although they were somewhat apart on the organisational chart, they were good personal friends outside the work place.

My client (let’s call him Martin) really liked the CFO as a person and found him a great mentor and supporter.

Martin had recently noticed that the CFO was behaving strangely – he would arrive at meetings late looking drunk. He came in one day with a burn mark on his lip. And then one Sunday he arrived at a meeting at the office with a strange woman – all totally out of character to a conservative, supposedly very pleasant and competent CA who was married with 3 children and to a delightful wife. He was also the chairman of the local church committee.

And then he nearly killed himself in a car accident speeding to the airport to collect a fellow colleague.

Martin discussed the matter with his fellow directors and they were all concerned from a compassionate point of view – they felt that the CFO suffering from burnout and was heading for a breakdown. They decided to watch his back and support him where possible. “You need to understand,” said Martin “we liked him very much”.

As part of the process, Martin agreed to become more involved with payment process and carry a bit more of the stress.

If you would have lined up 100,000 possible types of people who might have defrauded the company, the CFO would have been the last in line.

He was a 60 something CA(SA) with an impeccable track record. He had been with the company for over 20 years and had diligently worked his way up through the ranks with hard work and personal sacrifice. He was a solid guy with a strong character which included unswerving loyalty and dedication.

He defrauded the company of what in today’s terms would be about R5m.

How did Martin pick it up?

Well to put it mildly, purely by accident!

One wintry Highveld morning, Martin received a request to sign a cash cheque. The amount was R45,000 and it had been authorised by the CFO to pay an outsourced computer programmer .

I was a bit taken aback as this sounded highly irregular.

No said Martin. The CFO ran the IT division – it was his pet baby and he delivered on the task efficiently and effectively and the message to all others was ‘hands off’!’ From time to time, in order to keep costs low, unconventional methods were used to obtain cheaper IT skills.

Whatever the CFO did in his wisdom, he always got a fellow director to counter sign. This kept the proper governance in place.

So back the cash payment.

Martin was comforted by the fact that the cheque requisition was countersigned by the HR director and therefore would have accepted it unequivocally.

But it just so happened that the HR director was in Martin’s office at that time. He jokingly punched the HR director on the shoulder and accused him of signing anything put in front of him.

You can imagine Martin’s surprise when the HR director denied any knowledge of the payment.

Martin showed him that the authorised payment requisition bearing his signature but he was adamant that he knew nothing about the person or the payment. On closer examination they both noticed that there was no pen indentation on the paper – the signature had been cleverly photostatted onto the document.

“It’s amazing how these things unfold”, reflected Martin. “When I approached the financial manager for an explanation, she calmly pulled out a file stuffed with similar payments. When I asked her how this had happened, she correctly replied that all previous payments had been ‘signed off’ by the HR director!”.

This had been going on for 4 years – the amount totaled nearly R2,5m! To add insult to injury, the CFO got the company’s chief security officer to personally collect the cash from the bank and deliver it to his office,

Well, it was like a dam wall had broken open. Suddenly all other expenditure became suspicious.

One in particular was a weekly petty cash drawing by the Group CEO of R10,000. Martin had been told that it was a special arrangement that had been approved by the Board. The CFO claimed he was instructed to disburse this every week and substantiate same with expense chits. He just wanted to show Martin these withdrawals and obtain a counter signature as he claimed that he did not agree with this underhanded way of adding remuneration to the CEO.

Martin immediately called for all the petty cash slips. They had been signed by the CFO but the CEO’s conformation of receipt was a photostatted signature similar to the case above. Nearly R1m had been misappropriated in this manner.

This all happened between 8.00 am and 9.00 am and, by the time the CFO arrived at work, Martin was sitting in the CEO’s office with all the evidence laid out on the boardroom table.

“If anything”, Martin said “It was distressing to see the hurt on the CEO’s face. He had trusted this man with his life for many years. I’m not sure he ever got over the shock of this deception and corruption. It was as though he had lost faith in integrity of human- kind.”

Faced with the blatant truth, the CFO could not deny his actions. He was put on immediate suspension and a formal dismissal process ensued.

The company never laid charges. They recovered the missing funds plus interest from the CFO’s pension fund surplus.

Martins parting remark was “The sad part for me was that he never showed any remorse. I lost some of my faith in the human condition – the degree of his deviousness and skulduggery was appalling!”

It is important to note that, in general, people are not inclined to steal.  It is usually due to unforeseen circumstances.

Sudden medical expenses for a sick child or parent, could create serious financial pressure. A spouse’s loss of a job could add to the problem but more often than not, gambling or drugs are involved. Usually the fraudster would not think of stealing from the company, but desperate circumstances force them to take the risk. Once they find out how easy it is, it is difficult to stop. And then the defrauded sums build up quickly.

The moral of the story?

Trusting is risky and dangerous. I’m not suggesting you become a bloodhound – just be vigilant.

A good place to start is to review your Employee Fidelity insurance policies. This type of cover is worthwhile as it protects the company against employee theft and fraud. Your internal controls can be impeccable but collusion will penetrate any good system – fraudulent collaboration cannot be ruled out and is usually the cause of most material frauds. (A lot of companies do not take this cover as it can be expensive – taking a higher excess, can bring the cost down substantially).

When it comes to fraud, the obvious areas to watch out for are inventory and hard cash. But the most popular method of fraud is usually to be found in the procurement system, largely through the payment of fictitious creditors. This is an area that the company is most vulnerable, especially if it is a traditionally family owned business. In such cases you might find that the accountant has been there for many years and has built up enough credibility to be trusted implicitly – they rely on the fact that the underlying paperwork will not be properly checked.

In my experience I have discovered a number of frauds. But all pale into insignificance compared to the one described above.

Clive is also a prolific writer on LinkedIn PULSE. He has written over 80 articles on various topics from financial management and operations to job search and confidence building. He is also the author of the winQs series (pronounced ‘winks’) which appears regularly on the LinkedIn network.