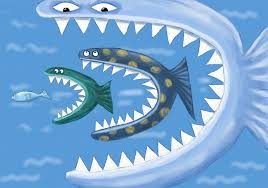 Here is a simple model that smart corporate acquirers use in determining the value of a business.

Note that this applies specifically to entities that are publicly listed (PLE).

Here is the case:

Here is the one year forecasted income statement.

The existing owners are asking for R100m for the business.

This a fair price, considering that the quality of earnings have been confirmed during the due diligence process.

Consequently the effect on EBIT would be as follows:

On the face of it there appears to be no real value-add in acquiring the business.

Being a family business, there are inherent risks and one would want some fat in the multiple to cover the viability of the acquisition.

The perceived value is only really the conversion of the net profit at the P/E ratio. This the net profit of R3.3m multiplied by the P/E of 20 which equals R66.0m.

Having raised debt of R100m to acquire the entity, only R66m of additional value has been created.

But what if the PLE had cleverly assessed the systems and processes of the purchased entity and established that there were a number of the fixed expenses that could be saved by lumping the infrastructure of the newly acquired entity on the existing group.

This saving was carefully calculated during the due diligence process and amounted to R8m.

Clive is the CEO of THE GREEN MIND CAPITAL GROUP. The company focuses on assisting executives, especially emerging young CA’s, in maximizing their potential and fast-tracking their careers.

Clive is also a prolific writer on LinkedIn PULSE. He has written over 80 articles on various topics from financial management and operations to job search and confidence building. He is also the author of the winQs series (pronounced ‘winks’) which appears regularly on the LinkedIn network.