CA(SA) – RETRENCHMENT! – This is how you deal with it.

Home/CA(SA), Job Search/CA(SA) – RETRENCHMENT! – This is how you deal with it.
Previous Next

CA(SA) – RETRENCHMENT! – This is how you deal with it. 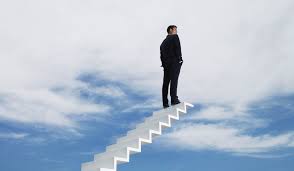 Just look at the stats and you will see that, these days, retrenchment is about as common as the Mossies in your garden.

The thing is, if you make it a big deal, then others will do the same, especially the HR person who is interviewing you for your next job.

I was somewhat frustrated with a client of mine in a session last week when he complained to me that he still felt he lacked a general sense of self-confidence. When I prodded him on this, he raised the retrenchment that had happened to him about 4 years ago. The thing is, since then, he had moved on to become the CEO of a premium brand company and was doing outstandingly well.

Why, I asked him, did he still feel the need to castigate himself for being retrenched so many years ago?

His response was both interesting and disturbing.

In simple terms he had made the retrenchment all about himself. In the process he just would not let himself off the hook. Here was an experienced businessman in his early 40’s in the prime of his career still holding onto an event that had absolutely no relevance to his current career or his future potential. And yet he was choosing to put it in the way!

Now he can continue to do this to himself, but my question to him was simply why he wanted to continue playing small?

Now don’t get me wrong. Retrenchment is a decidedly unpleasant experience.

But you can make it a lot worse if you let it drag out insecurities that don’t serve your current career. What I mean by this is that retrenchment is a rejection by it’s very nature but dragging in broader psychological feelings of insecurity is not appropriate. You can if you so desire but by doing so you will contaminate your prospects going forward.

What I am saying is that if you make your retrenchment about rejection it will reflect poorly on you. But if you make it about circumstance, you join a large group of human beings who have just been affected by the changing business environment.

So here is a simple example. A client of mine, who was a mature CA(SA) executive CFO was retrenched from a big listed entity because her division was absorbed into a bigger division to save cost. Pretty much a vanilla situation and certainly did not need to reflect negatively on her competency or abilities.

Of course, the question could arise about whether she was taken out because there were better people around her. But let’s be honest – if your division gets restructured into a bigger pot, it is unlikely that you will get the job of the existing CFO in the bigger pot. One of you will have to go – and it logically it won’t be him!

So, my client gets retrenched. She’s okay for a few weeks because there is a more than generous retrenchment package being offered in the process, but quite soon the doubt and depression sets in.

This is quite normal and needs some time to ‘cook’. Hopefully, within a relatively short time-span she accepts the situation and decides to reconnect with herself and move forward.

This is a healthy response.

Where things start to get dangerous is when the analytical post-mortems start setting in and she begins to over-analyse all her actions and revisits past mistakes and failures.

But getting into the doom-and-gloom cloud and focusing on the things she did that were non-workers is poisonous.

To avoid this she needs to keep the retrenchment as an event separate to herself. It’s almost like saying “I was retrenched because of the company’s issues not mine.”

This might sound silly but if she does not see this clearly, she will slump into the despondency of her own incompetence. And this a distortion of reality and it will contaminate her prospects going forward.

To assist with this process I encourage my clients to never mention the word retrenchment. I suggest they frame it in such a way that it was their choice to move on.

That might look like: “The company was in a strategic restructuring process and offered some executives an attractive exit package. For various personal reasons this suited me so I took up the offer and left. I’ve spent a few months on a well-earned sabbatical and here I am rearing to re-enter the market.”

Now everyone knows it was a retrenchment but by framing it in the way suggested, you make the retrenchment all about them and not about you.

Too many people take retrenchment personally and turn it into part of their deeper psychological rejection dramas – this is toxic and will worry any future employer.

So be cautious with yourself and stand firmly on your value. That should be relatively easy – unless, of course, you were dismissed for gross negligence or fraud

Clive Kaplan is an internationally renowned executive and leadership coach, the GO-TO- GUY for aspiring professional executives and a SAICA registered CA(SA).

Clive believes that the CA(SA) qualification has international acclaim and is the best business degree available.

With over 25 years’ experience as an executive director in both listed and unlisted companies, Clive brings some interesting perspectives to the field of management. Having been involved at Director/Board level, he offers a wealth of wisdom on both the people and business front.

Clive is a prolific writer on LinkedIn PULSE and has over 22,750 followers. He has written over 100 articles on various topics from financial management and operations to job search and confidence building. He is also the author of the winQs series (pronounced ‘winks’) which appears regularly on the LinkedIn network.