CA(SA) – THE SEXUAL GAME-PLAY IN THE WORK PLACE – IGNORE AT YOUR PERIL!

Home/CA(SA), Coaching, EXECUTIVE COACH, Management, Mentoring/CA(SA) – THE SEXUAL GAME-PLAY IN THE WORK PLACE – IGNORE AT YOUR PERIL!
Previous Next

CA(SA) – THE SEXUAL GAME-PLAY IN THE WORK PLACE – IGNORE AT YOUR PERIL! 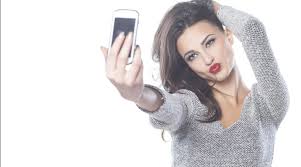 I am sometimes left aghast at the sheer naivety of some of my clients. They maybe aware of themselves in social situations, but at work this seems to magically disappear.

Yesterday I met with a young woman. She came to see me because she was feeling stuck in her career and wanted to explore various options before making a change.

After much prodding and probing, it emerged that the reason she wanted to leave was largely unrelated to the work she was doing. She was unhappy because she constantly experienced an inordinate amount of hostility from the people around her.

Further prompting revealed that she spent only a small amount of time in the office. Being an auditor, she moved around a lot and interacted with new people all the time.

Now the part that I haven’t told you is that she is particularly attractive. This was further enhanced by her gentleness and innocence.

For me the problem has nothing to do with her work or the company she is working for. It was really all about her inability to see the impact that her presence was having in the work place.

So how does this play out?

When she arrives at a new client, as she walks through the door she poses a threat to all the women in the building. Firstly the men gawk and stare, sniggering at each other over their grubby fantasies – (I sometimes think that if women really knew what men spoke about over a beer, they would be horrified to such an extent that they would refuse to engage with the species ever again!).  They also creep out of all crevices and cracks with any excuse to come and view this new ‘hotty on the block’.

With a the sexual energy now focused on one particular person, vacuums appear all over the place. What was previously quite settled and resolved now turns into a state of chaos.

The unspoken law of nature has taken over – inter-personal envy and jealousy.

Please don’t get me wrong on this one. I’m not accusing or judging. I’m simply stating a fact. When an attractive woman enters the room she has an impact. The men get sexy and the women feel ugly. That’s it – the law of the jungle.

The thing is, if my client is unaware of the impact that she is having on the her immediate work environment, she loses many opportunities to engage with the people around her. If left unattended, you can be sure that hostility and harassment will continue unabated.

So what should this young person do?

Being aware of these raw dynamics, she can turn the situation to her advantage. Knowing that her presence is reflecting on the women their own sense of physical appeal (or lack thereof) she can be compassionate to the situation and be warm and engaging notwithstanding that the initial vibe might be hostile. By expressing an open desire to engage with warmth and connection, she can expose her true intentions in a non-threatening way.

This might sound trite and even vague but by simply being aware of the impact that she is having, will allow for her to take control of and guide her outcomes. Ignoring it will leave her perplexed and confused as those around her act out their own feelings of insecurity by being hostile and distant.

On the opposite side of the coin, remaining neutral to the flirtatious behaviour of the men is also critical to this process. It is inadvisable to play into such advances – doing so further exacerbates the hostility from the other woman. She can chose to ignore this and enjoy the attention. But she must then understand that there is a price to pay – further hostility and separation from the other women.

Furthermore some men are unable to deal with their feelings around attractive women. In order to avoid their own internal turmoil they respond with abruptness. Knowing this allows her the opportunity to be sensitive to this state and turn it into a safe connection where the man can connect without fearing giving away his power. This is far more subtle and risky as the real base sexual dynamics play out very significantly and she needs to be careful that she always stays firmly on the side of professionalism and good grace.

Being aware of the possible sexual orientations of various people is equally important. Gay men are usually great allies whilst butch women could become dangerous enemies.

In summary, being aware of the the sexual dynamics in the work place could be a great advantage. Pretending that they don’t exist could leave you feeling bewildered and confused.