CA(SA) – INTENTION AND OUTCOME – Is there a direct correlation?

Home/CA(SA), Coaching, EXECUTIVE COACH, News/CA(SA) – INTENTION AND OUTCOME – Is there a direct correlation?
Previous Next

CA(SA) – INTENTION AND OUTCOME – Is there a direct correlation? 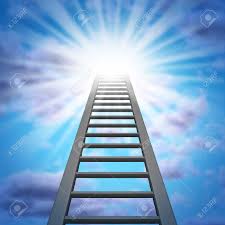 Stimulated by a comment made by one of my client’s yesterday, I took some time off to re-play the movie “What the Bleep?”. This is a clever and simplistic documentary about quantum physics.

Now don’t get me wrong – I am not a scientist in any form or fashion. To the contrary, science irritates me a great deal! For me it has seriously not delivered on its promise.

I come from a world where there was an absolute expectation that by the year 2000, a substantial portion of mankind would have emigrated to Mars!

Stanley Kubrick’s classic movie A Space Odyssey – 2001 was a rendition of this very idea.

In 1959 GMC built the classic Cadillac Biarritz luxury convertible sedan. This incredible work of art was a monument dedicated to the cosmic dream of mankind. It was a space mobile – all you had to do was replace the engine with rockets! This, by implication, presupposed that science would deliver spectacular travelling speeds.

Nearly 70 years on, we are still battling to get off the ground. Science has made very little progress in this regard.

But the one thing that science has delivered on, is some incredible thinking in the realm of quantum physics. Is it coincidental that these ideas also emerged around the 1950’s?

The postulations of this strange theorising is that the scientific world was nowhere as linear as it was first thought. It was, in fact, all made up of the same stuff – identical particles held together in different patterns.

This was as dramatic as discovering that the world was not flat but as round as a ball!

All well and good but where is this all going?

Of the various experiments that scientists were conducting at the time, there emerged a shocking but fascinating possibility that the human thought process played a significant part in how these atom patterns came together. In other words, the creation of matter (things) could be influenced by thoughts and, by implication, you create what you think!

And this is where it ends (or begins).

This miraculous discovery has left quantum physics somewhat paralysed. It does not quite know what to conclude from these findings.

Of course, there is a substantially more complexity involved in the whole study. But this simple question posed above remains unconfirmed.

Without going into the deeper mechanics underlying this conclusion, consider this: If a person was able, through her thoughts, to create a physical manifestation of those thoughts then she could, in effect, create anything that she wanted!

If such a thing was possible, consider the massive disruption that this would have on planet earth!

Put another way, if every human being had the capability to create a physical expression of whatever they wanted, what would happen to us all?

Well at least it does throw some light on the claims made in the book The Secret and some of the bizarre claims made by the spiritual mystics.

Clive is also a prolific writer on LinkedIn PULSE and has over 22,500 followers. He has written over 100 articles on various topics from financial management and operations to job search and confidence building. He is also the author of the winQs series (pronounced ‘winks’) which appears regularly on the LinkedIn network.