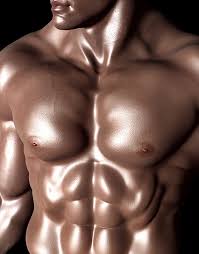 I am taken aback at some of the people I work with – their insight and decision making skills are remarkable. How are they able to come to such wise conclusions at such a young age? Needless to say that this is reflected in the position they hold in the organisation as confirmed by the client in question.

This is a discussion about executive presence in its most subtle form.

Meet Doug (not his real name) who is the CFO of a large international manufacturing company.

We are into the fourth session of a six session package. Our discussions are open and connecting and he is one smart young person even though he is still relatively inexperienced.

In our session today, we had a lengthy high-level discussion around the CFO’s role in non-financial matters. As we were talking I noticed some frustration coming through in his tone.

When I pointed this out, the flood gates opened and he really let his feelings to come through.

The big issue in the proceeding week had centred around the appointment of a new business development executive. He had been directly involved with the CEO and HR in the selection process and had drawn his own conclusions from the candidates that were interviewed. In the end a choice was made which he believed was inappropriate. He was angry that his concerns had not been considered and was also confident that his intuitive assessment was correct.

We discussed the scenario in some detail and I stressed-tested his thinking process to see if they were solid – they were! I rate Doug as a fine CFO and am unusually impressed with the level-headed way in which he approaches issues.

I was not surprised to find that he had considered all the pertinent aspects in a mature and rational way and the conclusions that he had drawn were sound. I also knew that the reasons why he was not being heard extended beyond pure logic – there was something going wrong in the way he was putting his case across.

Usually the reason for this is that accountants think only in terms of numbers and avoid the softer issues largely because they veer into subjective judgements which are seldom comfortable. Accountants like things that can be measured!

But Doug was a switched-on thinker with a perspective and wisdom beyond his years.

I could not fault his presentation and was becoming confused as to why he was having difficulty in persuasively communicating his view.

I gave him a few pointers to consider explaining that executives can tend to think in silos especially when it comes to the finance function – they believe that CFO should stay out of sales/marketing and get on with managing expenses.

As our discussion deepened I began to see that Doug was much more of a higher level executive and could in fact comfortably step into the role of CEO! His grasp of the business, especially from a big picture perspective was astounding. He also was able to blend the processes, people and strategy into a particularly intuitive and impressive way.

And then the tiger in the wood pile reared its ugly head!

Somehow we drifted on to a minor issue which made no sense in the context of what we had been discussing and, more importantly, to the assessment that I had made of Doug and his position in the company.

In passing Doug mentioned that some of his staff were away on maternity leave and he was personally picking up the additional work. This included raising invoices and completing bank reconciliations. He was spending 3 hours a day fooling around with basic accounting processes.

Needless to say, I was gobsmacked! This made absolutely no sense!

Surely a temp should have been brought in to assist? When I asked why he never took such an obvious course of action he claimed that he had, but the CEO had declined his request.

Again, in the context of our proceeding high-level discussions, this made no sense.

He explained that it was a Group instruction that employment of additional staff had to be authorised by the CEO, including the appointment of temporary staff.

From my perspective this was preposterous. Surely the CFO could make decisions around his own work environment especially when it was within his own budget parameters? The employment of a temp at R15,000 a month for 3 months was incomparable to the forfeiture of 60 hours of monthly executive time!

And then the penny dropped.

The transformation was so utterly profound that the whole conundrum answered itself right there and then!

The bottomline was that Doug had collapsed his executive presence – he had trashed himself back to lower level management status.

In short, Doug had blown his cover! He had revealed a vulnerability that, at an executive level, was best kept hidden.

The subtlety playing out here is so profound and yet so easily missed!

If I had been the CEO and been faced with a fellow executive crumbly into this child-like space, I would have also denied his request. I would have pushed back and told him to get on with it. I would have thought the request petty and furthermore would have lost sight of the additional value that could have been created by deploying Doug’s executive qualities elsewhere.

The ability to identify something like this, openly and objectively is immeasurable.

The conundrum? How to avoid puncturing the executive position by letting down defences and creating an unintended consequence.

This is all about executive presence – it does not apply to any other situation. At the executive level vigilance of this quality is vitally important.

The thing is when you are still at the manager level this all has no relevance. It is only when you step up does this subtlety become important.

All of a sudden all the issues that had been frustrating Doug made sense. He was unconsciously blowing his cover!

As seemingly simple as this may seem, the awareness that Doug gained from this experience will prove to be invaluable!

And that brings us to the concept of ‘the poker face’.

At executive level part of the game is not playing your cards until you are sure that you have a royal flush! Anything less will leave you wanting (vulnerable) and open to attack.

Be aware! Until you have enshrined yourself in the executive space, be careful to ensure that you do not reveal your vulnerabilities. Failure to do so will plunge you back into a space where you will be maligned and disempowered (like a manager)!

You will be barred from getting the thing that executives command.

Clive is the CEO of THE GREEN MIND CAPITAL GROUP. The company focuses on assisting executives, especially emerging young CA’s, in maximizing their potential and fast-tracking their careers.

Clive is also a prolific writer on LinkedIn PULSE. He has written over 93 articles on various topics from financial management and operations to job search and confidence building. He is also the author of the winQs series (pronounced ‘winks’) which appears regularly on the LinkedIn network.