CA(SA) – Don’t Forget To Build In The Wealth-Creating Opportunities Into Your Package.

Home/CA(SA), Job Search, Management/CA(SA) – Don’t Forget To Build In The Wealth-Creating Opportunities Into Your Package.
Previous Next

CA(SA) – Don’t Forget To Build In The Wealth-Creating Opportunities Into Your Package. 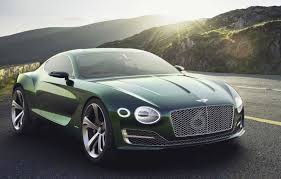 Here is a story that you will find interesting, if not a little scary.

It’s about a client of mine (let’s call him Jabu) who, as a CA(SA), worked for a listed Group as the Group Financial Manager.

Jabu joined the Group 15 years ago as a newly qualified rookie. The company had medium-cap status on the main board of the JSE.

As part of his remuneration package and based on his status in the company, Jabu was added to the Group’s share incentive scheme. Being a relatively junior financial manager, he was only allocated 5,000 share options a year. His total allocation was 50,000 over 10 years. The strike price was R5,00 per share. At the time that he was added to the scheme, the share was trading at R5,10.

Share option schemes are usually designed to retain executive talent and hence they are structured in such a way as to entice people to stay with the company over the longer term. Accordingly, the scheme rules ensured that Jabu would only be allowed to exercise his options after 3 years.

For those of you don’t know how options work, let me give you a quick tour.

Just before his first option matured, Jabu hit the jackpot! The CFO to whom he reported resigned and he was offered the job. The Group had hit a low point due to a poor investment that it had made in the USA and the share price had collapsed to R1,60.

When he was appointed into his new position, he was not offered a substantial increase in salary but, as an incentive, he was given 1,000,000 share options at a strike price of R1,60, with 100,000 maturing each year after an initial waiting period of 3 years.

To get the company back into profitability, a number of people were retrenched. The CEO was fired and replaced by a more mature executive with greater wisdom and experience.

The new CEO was ruthless. He cut costs to the bone and closed all the loss-making divisions. This was not sufficient to get the company back to its former glory and Jabu’s original options matured out the money and he lost them all.

By the time his first tranche of the 2nd scheme came of age, the share price had risen to R6.70. The CEO had picked up on the new rage in online media and had made some lucrative acquisitions.

The following year he was given the option to take early retirement. At that stage, he still had options to take up of 2,300,000 most of which that had been allocated to him over the years since the 2nd scheme came into play.

As part of his early retirement conditions, all the options matured. Consequently these 2,3 million options paid him an eye-watering retrenchment amount of R1,932,000,000 after tax!

What an amazing story?

But the story is not true.

However, the scenario holds good.

Here is a ‘real-life’ example.

If you had joined Naspers (the listed international media giant) 15 years ago as a junior accountant, you might have found yourself in a similar position.

Never underestimate the value of a share option scheme. You could hit the jackpot! Right now, if you were a middles manager at Naspers who had been given a 10,000 share a year option roll-out, you might have received close to R15,000,000 net payout last year – after tax!