CA(SA) – BEWARE! Is Joining A Family Business A Box Of Spiders Or A Sustainable Career Opportunity?

Home/CA(SA)/CA(SA) – BEWARE! Is Joining A Family Business A Box Of Spiders Or A Sustainable Career Opportunity?
Previous

CA(SA) – BEWARE! Is Joining A Family Business A Box Of Spiders Or A Sustainable Career Opportunity? 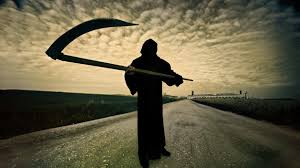 In your wanderings, you might come across a wonderful opportunity.

That recruitment agent that never got back to you, contacts you out of the blue with a great job offer. It sounds great – medium-sized business with an impressive turnover, a not-too-shabby bottom line and a bunch of cash in the bank. And the annual package is nicely within the market range, even a bit above.

So, you go for the interview and meet a decidedly pleasant person who exhibits the values that you hold dear. The environment appears relaxed but professional and most of the people smile a lot.

The interview goes well. They like you. You feel comfortable in the bosom of the place and there are couched promises of equity participation (if you pull your weight and show commitment and loyalty).

You receive a call the very same day from the recruiter informing you that an offer letter is on its way. Indeed, the next morning you open your email to find the promised letter with all the negotiated points clearly laid out.

And you decide to go for it.

Of course, it’s downhill from there!

The first thing you discover is that the owner’s son is a delinquent 25-year-old who runs the most irrelevant section of the business but walks around as though he was Dad’s first choice to take over in the not too distant future – so you better decide on which side your bread is buttered!

For some inexplicable reason the very nice owner who employed, you is unable to put this child in his place and allows him to run rough-shod over the mostly decent people that work in the company.

And then you discover that there is another son! This one is at an American business school doing an MBA and expected to be joining the business next year.

Your great opportunity has just turned into a going-nowhere nightmare.

Okay, this is a bit of an exaggeration.

But here is a real-life story that I actually worked through with a client of mine.

I’ll call him Basil for ease of reference and to retain confidentiality.

Basil was a young CA(SA) who joined a fast-growing investment company a few years back. He was employed by the Group’s chairman who was instructed by their newly constituted Board to strengthen the finance team. They wanted better governance – they were concerned that the business was growing too quickly and stronger financial controls needed to be implemented.

Basil was energised by the prospects of the business and its rapidly expanding market. Furthermore, his background checks had revealed that there were no delinquent children hovering around in the wings or prospective geniuses being schooled at Harvard.

All looked exciting and good.

He got on well with his new employer and quickly found out that a share incentive of 5% of the existing equity was on the table as part of his package. With the quantum of assets on the balance sheet, it looked like there could be a significant wealth creating opportunity available going forward.

Basil was excited by this as he knew that, when assets increase in value, and debt is reducing, the concomitant gain in net equity is enormous. His small 5% stake could turn into a tidy sum!

Never before had he felt so in control of his life – he had a great position in a fast-growing company with the prospect of a wealth-creating opportunity. He could not have wished for more!

They always say that when things look too good there is something amiss. Basil would have called you some nasty names had you suggested this to him at the time. But he was soon to find out that it was indeed the truth.

Unbeknown to him, his boss, the chairman, had a sibling who owned 40% of the company! This meant Basil was working for the guy who only owned 10%. Not only did it make the proposed 5% share incentive exceedingly unlikely, the brother was in fact the founder and CEO of the Group. Furthermore, unlike his boss, the brother seemed to be the entrepreneurial spirit behind the business and the creator of most of the value that the private equity guys had bought.

What emerged was quite interesting – the CEO brother had largely disengaged from the business about a year back and left Basil’s boss to keep the show on the road. Mr CEO had a number of outside interests, least of all, his fascination with modern art. After cashing out to the private equity partners, he had gone off to enjoy his hard-earned gains. He had not been irresponsible, though. He had put a managing director into his position whom he paid handsomely.

In fact, he had left his brother in place in a token capacity – the real risks of the business lay with his side and he did not put his brother in charge of this. Rather he had put his trust in a stranger who was a friend of many years standing.

This did infuriate Basil’s boss and, within a short period of time, this resentment became all too obvious.

At first Basil just accepted this as a normal sibling rivalry, but as things evolved, it turned out to be much more complex. And he was on the wrong side of the fence – he was aligned with the brother with the lower power-base.

A dilemma was now brewing. Basil began to question all that he had been promised. And it was clear that he had not done his homework properly.

And then suddenly he found himself face to face with the CEO brother (let’s call him Matt).

Matt had slipped into his space quite unobtrusively after a drinks evening at the company’s attorneys. Basil was making his way to his car when Matt cornered him.

He proceeded to explain that he was not at all happy with the area that Basil’s boss (a name is also warranted at this stage – Gavin) was handling. There were important things not happening and he requested that Basil get to grips with them asap.

This complicated issues even further as Basil knew that Gavin believed that his section was running well.

It was now even more difficult to broach the issue as Basil reported to Gavin not Matt.

Whilst all this was going down Matt decided to send one of his confidants to sniff around Gavin’s area and ask questions. Basil was confused but, realising the political complexity of this move, he stayed as impartial as he could without breaching his loyalty to Gavin.

When this investigation revealed some serious flaws in the system, Basil immediately set his team onto fixing and correcting what needed to be done.

Gavin did not take well to this and was really upset that Basil had taken sides against him.

From then on things got from bad to worse. Basil found himself in nomads-land, abandoned by both sides.

What was particularly surprising was the spite that emerged from Gavin. It was underhanded and vicious. Worst still, because he never expected it, Basil was unaware of how he was being maliciously played by Gavin as a weapon against his brother.

Being a value-based person, Basil was not prepared for this. He tried to appease both sides at a huge cost to his personal esteem.

Finally, on a recommendation of a friend, he came to see me.

I could immediately see that vacant look of near-defeat in Basil’s eyes. He had given it his all to no avail.

We worked together to get a perspective on the situation. Once he saw the toxic dynamics of the war between the brothers and how he was being used as their play thing, he was quickly able to regain his strength.

Without going into all the gory details, Basil finally moved onto greener pastures and I am delighted to tell you that he has now opened his own business and is doing well. He’s not as rich as Matt and Gary but he is also not as depraved. What he witnessed was disgraceful.

The brothers remain entwined together, playing out their childhood conflicts.

I am extremely proud of Basil – he is one of my most favoured clients.

I’ve told you this lengthy tale as a lot of the career opportunities in the family business, is blue-sky! There are too many complications.

The cliché “Blood Is Thicker Than Water” is as valid as the sun rising in the morning! Although blood does congeal whilst water does not, it is seldom a matter of pure economics. What would be basic common sense to you and me, could easily become distorted by illogical emotional attachments.

It is advisable to be extremely cautious when joining a family business. Do so only if you can see a short-term listing opportunity from whence you can clearly create wealth from a quick cash-out.

Clive Kaplan is an internationally renowned executive and leadership coach, the GO-TO- GUY for aspiring professional executives and a SAICA registered CA(SA).

Clive believes that the CA(SA) qualification has international acclaim and is the best business degree available.

With over 25 years’ experience as an executive director in both listed and unlisted companies, Clive brings some interesting perspectives to the field of management. Having been involved at Director/Board level, he offers a wealth of wisdom on both the people and business front.

Clive is a prolific writer on LinkedIn PULSE and has over 22,750 followers. He has written over 100 articles on various topics from financial management and operations to job search and confidence building. He is also the author of the winQs series (pronounced ‘winks’) which appears regularly on the LinkedIn network.