BAD MANNERS ARE NEVER ACCEPTABLE – Are You Working For A Boss Who Is Rude And Abusive?

Home/Coaching, EXECUTIVE COACH, Management/BAD MANNERS ARE NEVER ACCEPTABLE – Are You Working For A Boss Who Is Rude And Abusive?
Previous Next

BAD MANNERS ARE NEVER ACCEPTABLE – Are You Working For A Boss Who Is Rude And Abusive? 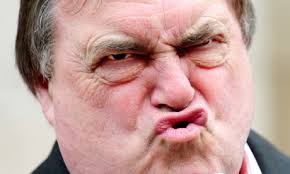 A client recently took my course on Executive Presence. He was struggling with his confidence levels, especially around his boss.

The thing is, he was the CFO of the company! How could he find himself at this stage in his career battling with self-esteem issues?

Not the domain for executives! They are supposed to get on well and or be at each other’s throats, but certainly not feeling diminished and withdrawn.

After our second session, it emerged that the boss was a rude and abusive personality. The thing is that he did it in such a subtle way that it was not noticeable to others.

On the surface the boss was a nice guy and was liked by all staff and fellow executives.

But working intimately with him was entirely different.

He would be maliciously rude, in a way that was not immediately apparent. For an example. he would arrive at a meeting at the same time as my client and just walk off without waiting for him. Or deliberately not introduce him to people when in an informal environment.

Or when doing a site inspection with another person, even a subordinate, he would walk ahead and not wait for my client (who is physically large) leaving him feeling humiliated and compromised.

My client now found himself seriously stressed to the degree that a few months previously had been booked off work for a few weeks. He was suffering from depression.

I was not surprised.

Having an abusive authority figure around will knar into a person’s self-esteem. It’s just the way it is.

My client was having a strange experience. He was feeling like an abandoned child, rejected and ignored. Being a man in his late 40’s he could not come to terms with the fact that this was happening to him.

It emerged that a lot of my client’s depression was about him beating himself up about being such a whiz! What sort of person allows someone to treat them so dismissively, especially being on the same team? He could only answer this questions by accusing himself of being weak, cowardly and pathetic!

I was aghast that an executive of his stature and experience could allow such a scenario to develop. It was not that I was judging him – rather I wanted him to consider how he had got himself into such a knot.

I interrogated him a length, searching for the issue that might have created such an unpleasant situation.

And then suddenly there it was!

His boss had serious narcissistic tendencies – and my client was foolishly playing into this hook, line and sinker.

It’s quite simple – he was desperately looking for his boss’ approval.

Now there is one thing that you don’t do around a narcissist and that is the approval seeking/pleasing drama stuff.

They love it – it feeds them. They thrive on it!

So, listen up! There is a remedy to turn the situation around. It’s not easy but it is do-able!

And this is part of what my Executive Presence coaching is all about.

It’s called: TAKING YOUR POWER BACK and it’s a simple, non-confrontational method that will give you tactics to deal with this effectively.

Contact me directly on clive@greenmindcapital.co.za. or SMS me on 072-280-6878 – we can meet for a preliminary chat and take it from there.